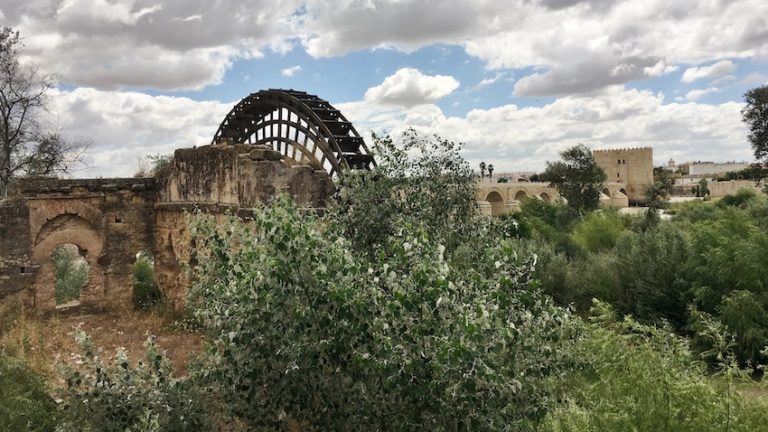 The history of this monument begins in the seventh century, when its construction was initiated during the Roman era in Cordoba, although it was during the reign of Abderraman II when he acquired his more Muslim style. The Albolafia Mill, began fulfilling the functions of watering the orchards of the Alcazar de los Reyes Cristianos, and later became a flour and batán mill.

In its beginnings it had a total of five wheels, although they were removable, since Queen Isabel the Catholic, ordered to remove the ferris wheel due to the noise it produced.

When the Albolafia mill passed into the hands of the City Council, it was requested to reform the mill to be in a state of ruin, and the ferris wheel was replaced to its original state. He was the victim of a great fire; with this, the ferris wheel would be rebuilt and excavations would begin at the base of the mill, thereby discovering the water passage channels.

The Albolafia mill is part of a set of mills that are located on the banks of the Guadalquivir as it passes through Córdoba. During this year 2020, we will proceed to a new restoration, which will restart this monument that is located a few meters from the Roman Bridge or the Mosque of Cordoba.