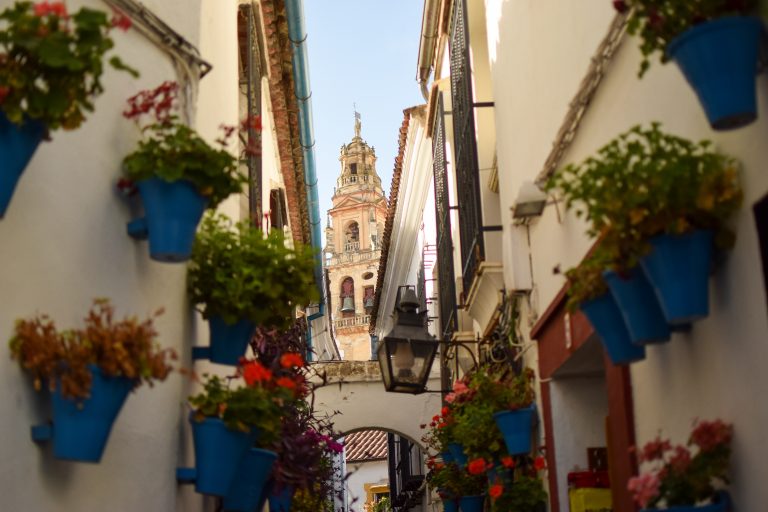 The Calleja de las Flores, is one of the most popular as well as tourist streets of the city of Córdoba.

Located as a street of Velázquez Bosco Street, it is a sugar that flows into a square. Its pavement is made of granite slab in a facade band, of constant width, with boulders in the central band, of irregular width.

Its current appearance is due to the interest of Alfonso Cruz Conde in beautifying certain sites in Córdoba, among which was Calleja de las Flores, which allowed his brother and also Mayor Antonio Cruz Conde to carry out the remodeling as as we know it now, to claim tourists.

It was decorated in the mid-50s with the arches that contemplate it today, as well as with the construction of a fountain designed by the architect Víctor Escribano Ucelay integrating archaeological remains in 1960.