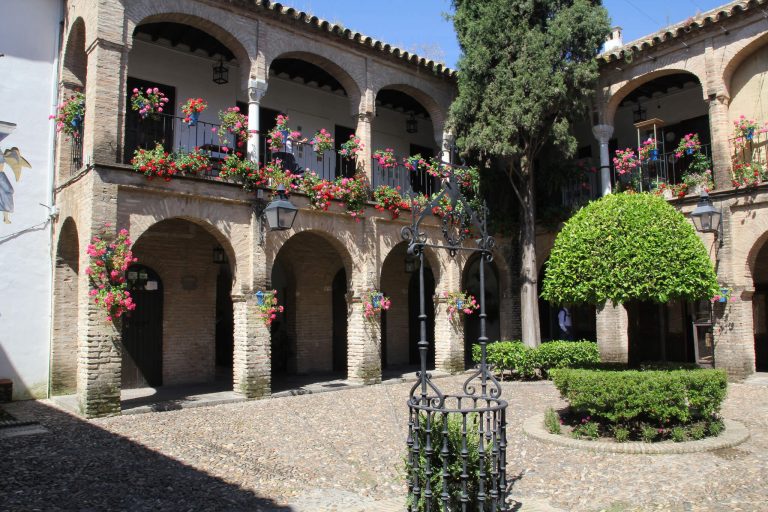 The Municipal Souk is a kind of courtyard-square located between the Jewish and Averroes streets.

The souk of Córdoba emerged in the 50s as a project to recover the popular crafts of Cordoba. The idea was the promotion of handicrafts through direct exposure and sale, that is, that visitors could at one time see the manufacture of the pieces and acquire them. For this, one of the courtyards of the Casa de las Bulas was chosen. Its official inauguration took place on May 17, 1956.

The municipal souk of Córdoba is a typical quadrangular and double height patio. The lower one has arcaded galleries on three of its sides, with the access stairway to the second floor in the room. For its part, the upper part has only two galleries, since the third corresponds to one of the rooms of the Bullfighting Museum. The decoration is simple, in exposed brick. Several archeological pieces found in the area complete the decoration.

Access to the souk is made directly from Averroes Street, and through an alley with arched means in Jewish Street

Currently, there are several craft shops, such as silverware, ceramics and wood.