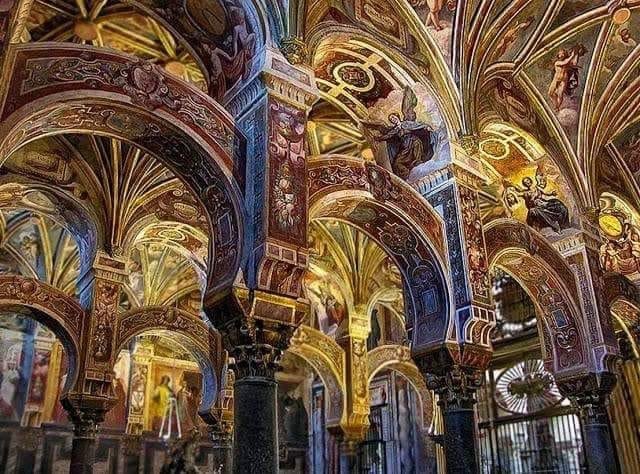 Shrine Chapel of the Mosque of Cordoba

Chapel of the Tabernacle of Córdoba. The Andalusian Sistine Chapel

The Shrine Chapel of the Mosque Cathedral of Cordoba, is one of the most amazing chapels inside the Mosque. After seeing all the architectural elements that combine Arab and Christian culture, the entrance to this chapel is unmatched. Performed in 1571, during the expansion of Almanzor, this lush work of art stands, which clashes with the sobriety of the rest of the monument.

One of the places inside the Cathedral Mosque of Córdoba is located, where the Catholic liturgy is offered daily. It is the oldest temple in the diocese of Córdoba, as it guards Sacramental Books dating from the 14th century. During the last quarter of the 16th century, it becomes the Tabernacle of the Cathedral. Previously, his functions had been the chapel of Santiago or Chapter Library.

The architects of this work of art were Hernán Ruiz I and III. Despite the spectacular architecture, the main attraction is his oil mural paintings, made by the Italian painter César Arbasia between 1578 and 1586. It is said that they are possibly the most important sample of mural painting contained throughout the Andalusian territory That is why some have nicknamed it “The Andalusian Sistine Chapel”