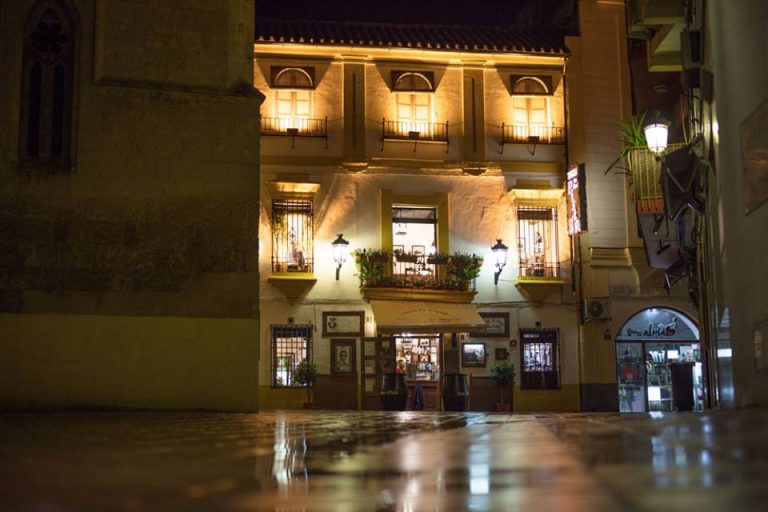 Where to eat in Córdoba

The Casa el Pisto tavern is one of the most traditional restaurants in Córdoba.

Founded in 1880, this tavern-tobacconist has always been linked to bullfighting life. Due to its strategic position, the Casa el Pisto tavern has always been a meeting place, an appointment for all classes of Cordoba society. Artists, bullfighters, intellectuals, men of science, farmers, runners and even the picaresque of Cordoba have passed through their tables. Among the regular bullfighters to this house, Vizcaya, Manolete Padre, Manuel de la Haba, Zurito, Antonio de Dios Conejito, Camtimplas and Recalcao stand out.

A curiosity of Casa el Pisto, is that when Manolete’s father came, as he was very superstitious, he could not leave through the same door he had entered, so he was leaving by the access that is located on San Zoilo street. Thanks to the bullfighting tradition, the Guerrita Club was created in this house on July 18, 1896. Julio Romero was another of the illustrious clients of this establishment, the illustrious painter did not hesitate to taste the wines of the earth in the company of artists and writers, and even left some traces of his pictorial ability, which can be seen in one of the taverns reserved with a bust of the brunette woman.

It is currently directed by Rafael López and cooking his mother Dolores. In 2000 he was awarded the FITUR Door of Andalusia Award, in 2002 the work of his kitchen was recognized with the distinction of La Señora de las Tabernas and in 2016 he was awarded by the Gastronomic Brotherhood of the oxtail of Cordoba.

The average price of the letter amounts to € 15